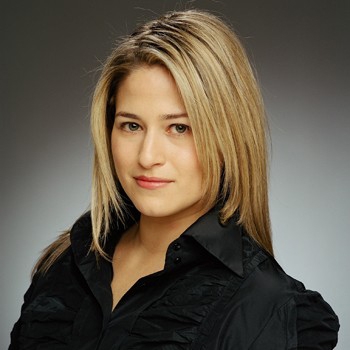 Elizabeth Feld graduated from The University of Pennsylvania with departmental honors in Art History. After two years in public relations and strategic marketing, she moved from New York to London to pursue a Master’s Degree in Fine and Decorative Arts with Sotheby’s Institute. While abroad, Elizabeth focused her studies on English Regency and French Neo-Classical furniture and decorative arts to complement her comprehensive knowledge of American decorative arts.

In 1999, Elizabeth joined Hirschl & Adler to head its Department of American Decorative Arts. She has since curated a number of exhibitions in this area and others, including Of the Newest Fashion: Masterpieces of American Neo-Classical Decorative Arts (2001–02), which was the gallery’s 50th-anniversary exhibition. In 2006, she co-curated Elizabeth Turk: The Collars and In Pointed Style: The Gothic Revival in America, 1800–1860, both accompanied by extensive catalogues, and in 2007, For Work & For Play: A Selection of American Neo-Classical Furniture. More recent exhibitions include: Elizabeth Turk: Recent Sculpture (2008); The World of Duncan Phyfe: The Arts of New York, 1800-1847 (2012), a celebration of the gallery's 60th anniversary which was accompanied by an extensive 152 page catalogue; Elizabeth Turk: Cages (2012); and Alexander Creswell: Fire & Light (2012); Very Rich & Handsome, American Neo-Classical Decorative Arts (2014-15); and Elizabeth Turk, Tensions (2016).

Elizabeth served as the Chairman of the Winter Antiques Show Dealers' Committee for six years.