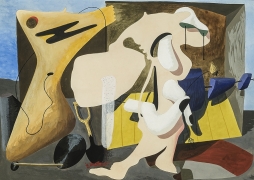 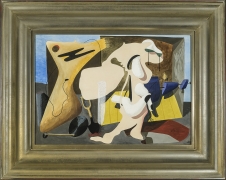 EX COLL.: the artist; to private collection, and by descent, until 2015

This gouache, with its enigmatic title, is a work of Howard’s first London period, executed in 1937. In 1942, Howard cautioned against overthinking his titles: “The titles appended to these pictures are supplementary and allusive. They have no other function” (as quoted in Miller, ed., Americans 1942, p. 76). A clearly identifiable garden spade, as well as a large seed pod and a smaller acorn reference the title. More amorphous shapes suggest human presence, including a distinctly surrealistic duo of (presumably) mother’s fingers complete with painted black fingernails. The style is vintage Howard, a rhythmic composition of evocative shapes conveyed with sharp clarity and strong, pleasing color contrasts. 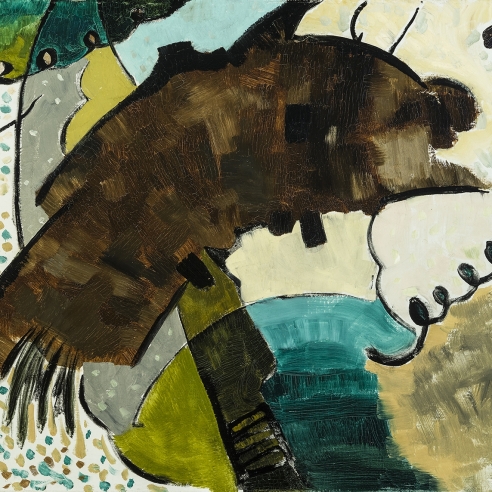 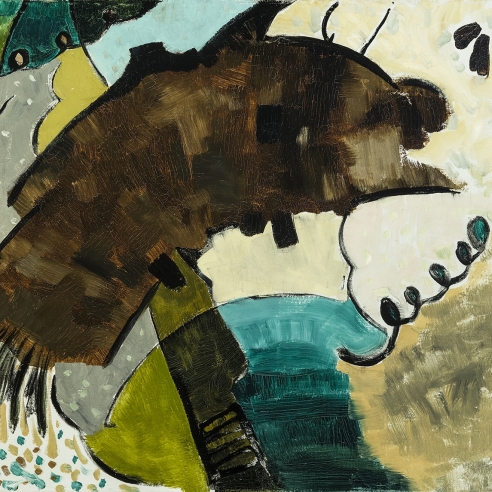