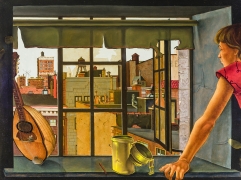 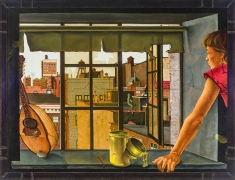 Young Woman at a Window was painted around 1953. Kirschenbaum had made his first trip to Europe and already met the woman he would marry. She was Cornelis Ruhtenberg (1923–2008), a fellow artist and the model for the figure in this painting. It was not the first time he had painted Ruhtenberg. She is also the model in Without the Hope of Dreams, the large composition that Kirschenbaum sent for display to the 1953 Annual Exhibition of Contemporary Art at the Whitney Museum of American Art on West 8th Street in Greenwich Village. The two paintings share a similar style and palette. Both imply a narrative involving a young woman confined by circumstances as well as physical surroundings. In Young Woman at a Window, the figure leaning in at the right looks out a window at a landscape of urban rooftops. Her own interior space is shabby, with a tattered window shade and peeling paint. Though the window is open, there is clearly no place to go. The composition offers an opportunity for the artist to explore artistic techniques of depth and distance, the kind of perspective study that fascinated the artists of the Quattrocento. 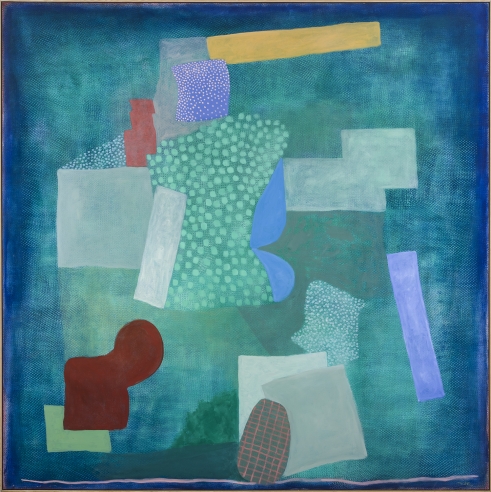 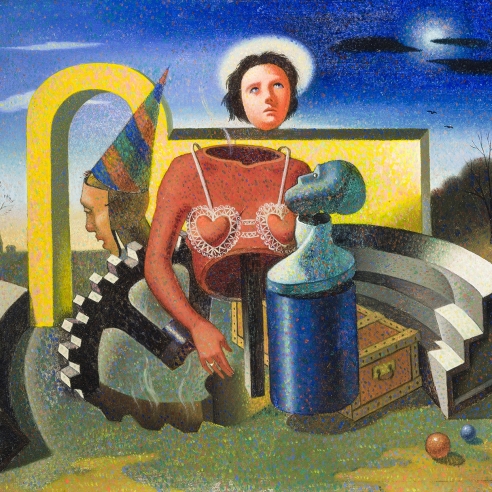