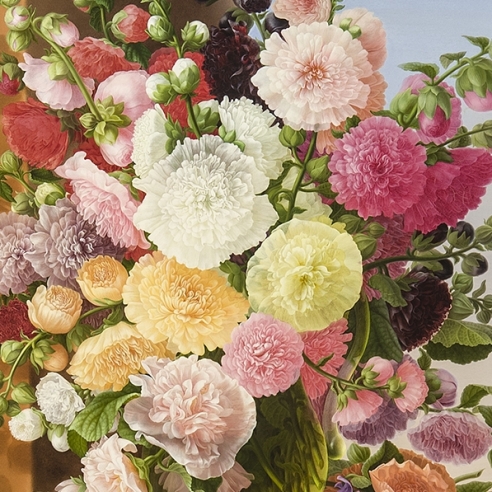 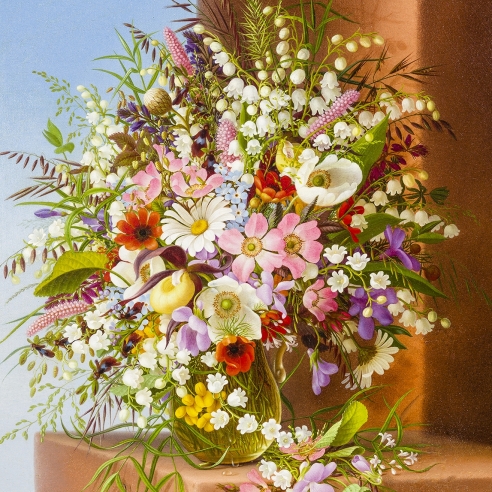 Adelheid Dietrich was born in Wittenberg, Germany, the daughter and pupil of the painter Eduard Dietrich. She lived in Erfurt, Germany, and between 1850 and 1870 contributed to a number of German exhibitions fruit and flower pieces that were admired for their careful attention to detail. Dietrich appears not to have exhibited in Germany after 1870. Since she exhibited at the Brooklyn Art Association between 1866 and 1873, and in San Francisco between 1875 and 1893, it would seem likely that she spent her later years in the United States. About fifty paintings by her have so far been recorded, and, based on their appearance and quality, she was probably one of the most skillful and sensitive still-life specialists of her time. It is not presently known where or when the artist died, but an 1893 catalogue documenting the exhibition of her work in San Francisco appears to be the last reference to her (see W. K. Vickery, Exhibition of Paintings, Tapestries and Antique Oriental Rugs for the Benefit of the Children’s Free Ward and Building Fund of Hahnemann Hospital, San Francisco, exhib. cat. [San Francisco: 1893], no. 14, artist erroneously listed as “Adeline Dietrich”).