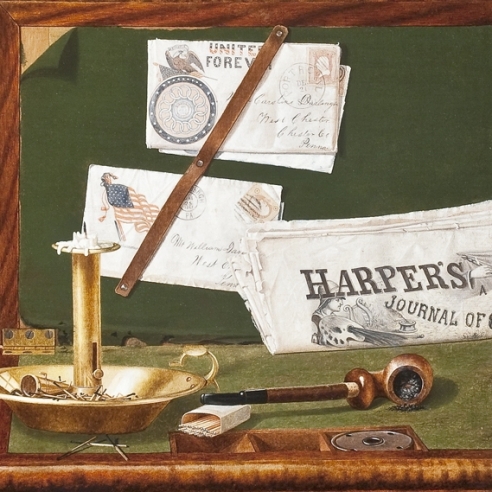 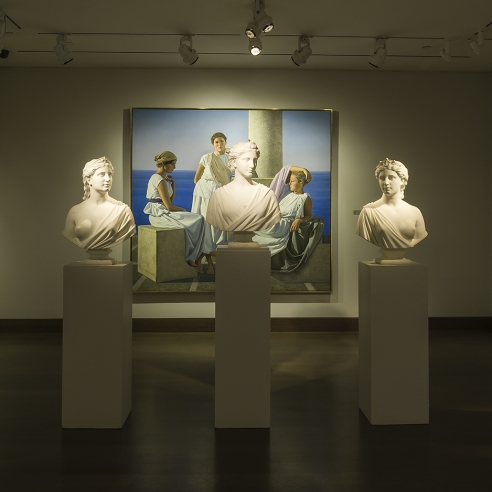 A Quaker from West Chester, in the Brandywine River Valley, Pennsylvania, George Cope inherited his mother’s talent for painting and drawing. He was a largely self-taught artist, and received his only formal art instruction, in the fundamentals of the oil technique, when he was twenty-one, under Herman Herzog (1831–1932), a respected Philadelphia landscape painter working in the academic realist style whom Cope met at the Centennial Exposition in Philadelphia. Under Herzog’s tutelage, Cope painted landscapes in the Barbizon style. The two artists traveled on sketching trips together to places in the West Chester and Pocono Mountains areas. In 1880, Cope opened his own studio in West Chester, where he advertised himself as both a painter and a teacher.

Cope’s early interest was mainly in landscape painting, which he pursued wholeheartedly until the mid-1880s, although he did paint an occasional still life of dead game. He married in Philadelphia in 1883, but settled in West Chester where he raised two children. Cope initially worked in obscurity, but by 1885, the local newspapers took notice of Cope’s work, and singled out his still lifes for high praise. Buoyed by these accolades, and undoubtedly influenced by the trompe l’oeil still lifes of Philadelphian William Harnett, Cope began to focus almost exclusively on illusionistic still lifes in a similar manner.

Cope’s still lifes are generally vertical arrangements of hunting gear or dead game hanging on the wall in the manner of William Harnett’s iconic After the Hunt paintings, or are groupings of more domestic items, such as pipes, newspapers, letters, and books, either arranged on a tabletop or  tacked to a green felt background in a rack-type format. Cope delighted in the knotty surfaces of untreated woods, especially pine, depicting wood grain, nails, and hammer marks with painstaking accuracy.