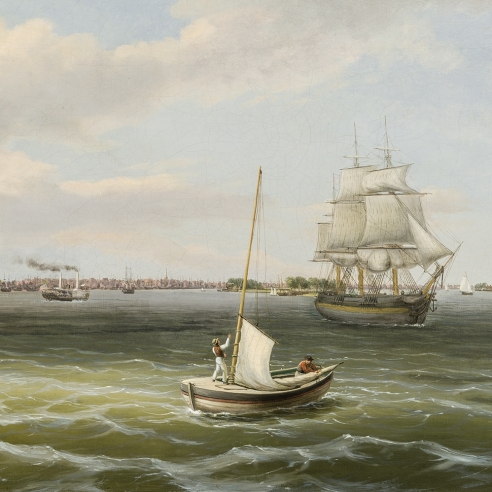 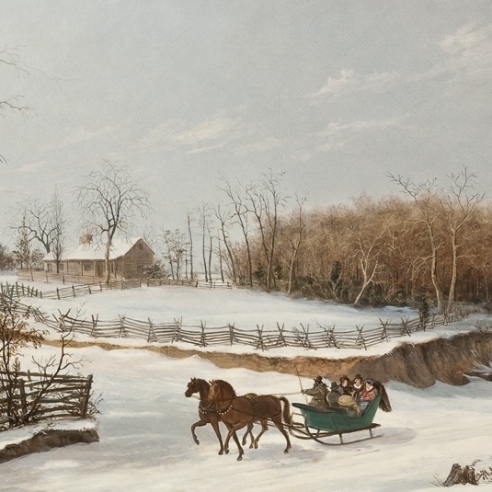 Born in Warwickshire, England, Thomas Birch moved with his family to America in 1794, and settled in Philadelphia. He began his career there as apprentice and assistant to his father, William Birch, contributing drawings to plates for their Views of Philadelphia, published in 1800. Although the younger Birch gained renown early on for painting portraits, he also produced scenes of naval engagements and marine compositions, and continued to document the landmarks and scenery around Philadelphia. As such, he was one of the earliest American artists to move from the field of portraiture to focus on landscape and marine painting.