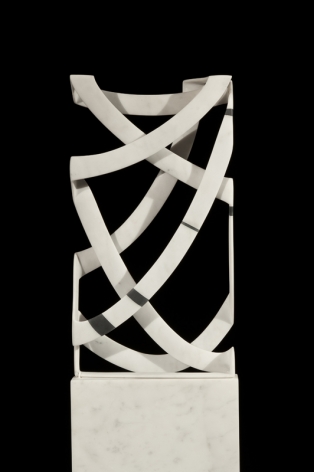 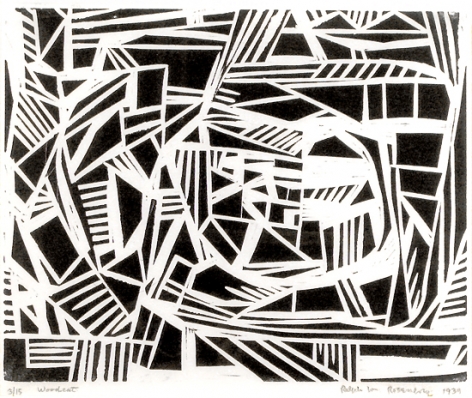 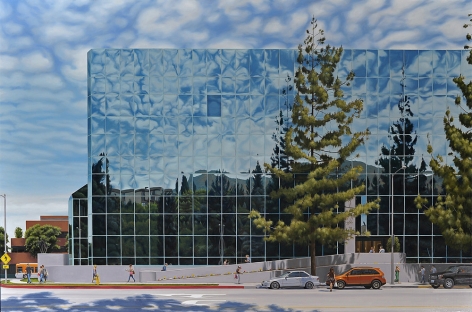 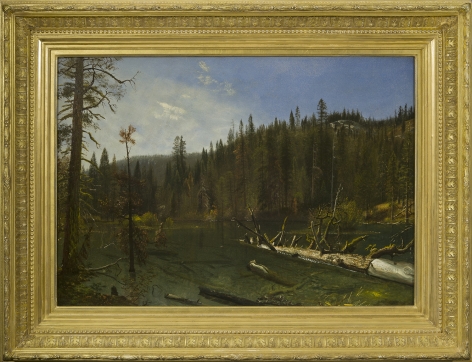 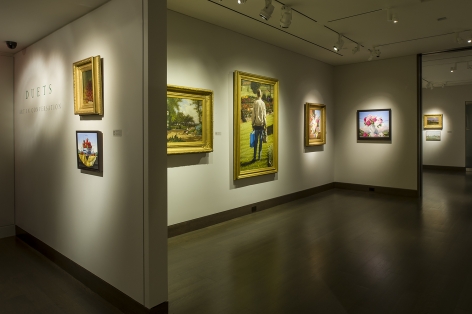 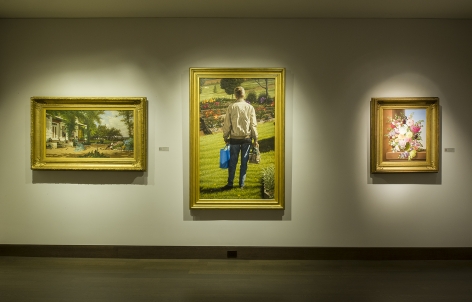 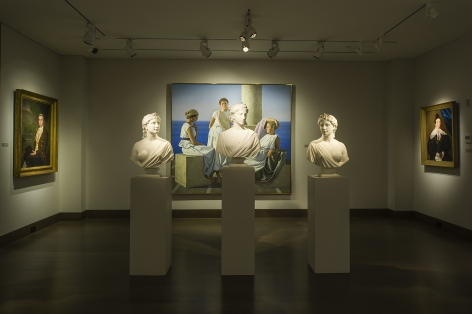 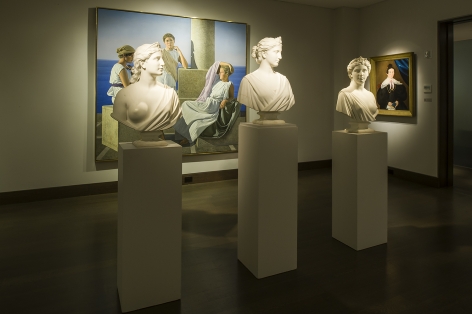 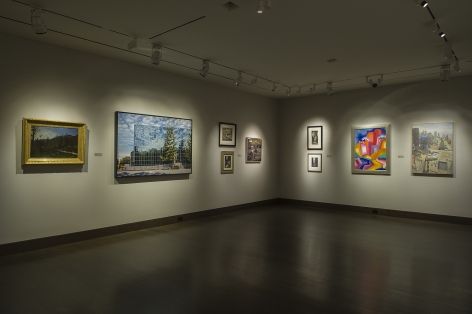 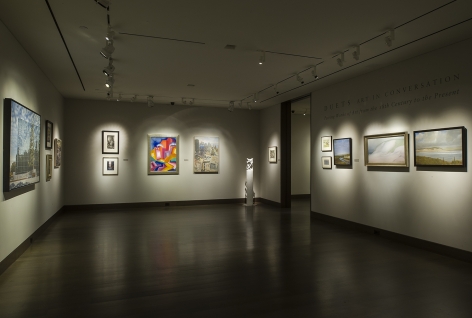 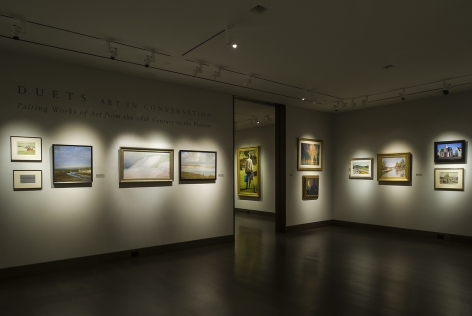 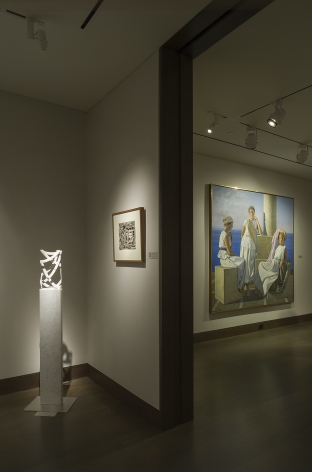 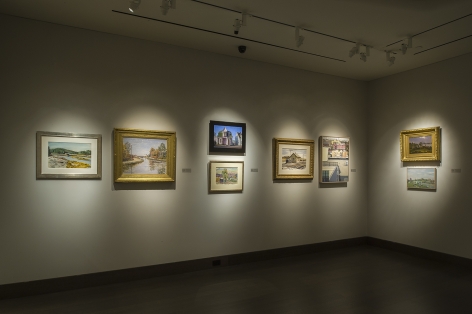 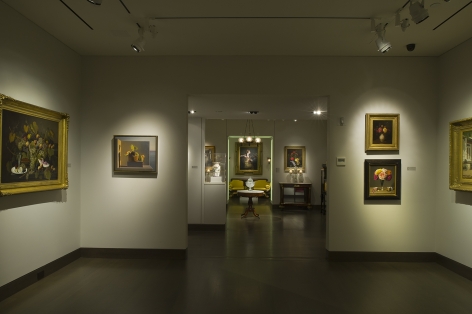 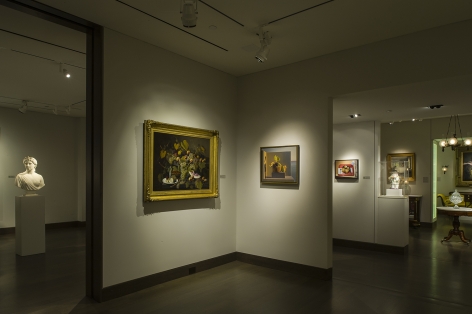 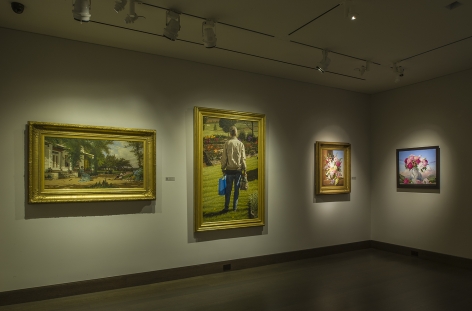 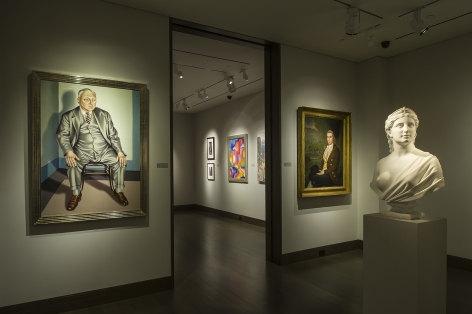 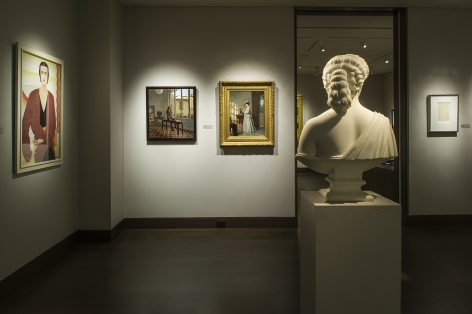 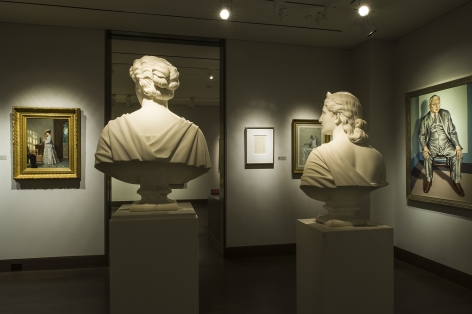 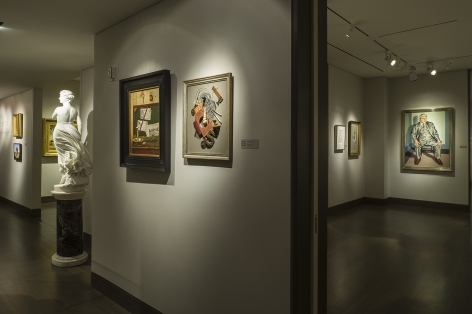 Hirschl & Adler is pleased to present Duets: Art in Conversation, an exhibition of approximately fifty paintings, drawings, prints, and sculpture from the eighteenth-century to the present. Duets offers a fresh perspective by juxtaposing traditional eighteenth and nineteenth-century works with modern and contemporary art.  Through pairing art works that relate in form, subject, or spirit we encourage the viewer to contemplate the connections between different generations of artists, the evolution of artistic style, and aesthetic intent.  The core of Duets lies in the continuous conversation between works of art across time.  Duets eliminates the restraints of chronology and initiates a dialogue that will challenge the viewer to analyze works of art through an unconventional lens.

Severin Roesen’s (1816-1872) Two-Tiered Still Life of Fruit (about 1857-72) will be paired with David Ligare’s (b. 1945) Still Life with Grapes and Pear (Aparchai) (2011).  In keeping with the long still-life tradition, Roesen’s elaborate arrangement of fruit and grape vines is a celebration of the rich abundance of nature.  Deviating from traditional still-life painting, Ligare finds his inspiration in Greco-Roman Classicism.  By placing his subject within an altar-like space, Ligare explores the ancient practice of honoring the gods by offering the “first fruits” of the harvest.

Albert Bierstadt’s California on the Truckee River (1872) will be shown alongside Marc Trujillo’s (b. 1966) 3800 Barham Boulevard (2011).  Bierstadt’s depiction of the California wilderness conveys the nineteenth-century view of the American West as a land of promise and possibility.  3800 Barham Boulevard presents a contemporary view of urban California, the result of western expansionism, ubiquitous urban sprawl recognizable as the American landscape of today.  The California landscape, once idealized by Bierstadt, is reflected in the glass façade of a modern office building.

Two new works by sculptor Elizabeth Turk (b. 1961), Black Banded, Cage: Box 1 (2013) and Black Banded, Cage: Box 4 (2013), will be paired with Ralph Rosenborg’s (1913-1993) woodcut American Landscape: Houses, Gardens and Trees (1939).  Rosenborg’s geometric abstraction echoes the forms created by Turk through the manipulation of stone.  Through the physical act of carving stone and wood Rosenborg and Turk each explore the relationship between positive and negative space, creating forms that are the result of the absence of material, a process that Turk describes as, “constructing by destructing.”

Duets: Art in Conversation opens on Monday, July 15 and runs through Friday, August 16, 2013. Located in the landmark Crown Building at the world-famous corner of 57th Street and Fifth Avenue,

Hirschl & Adler is open to the public Monday through Friday 9:30am to 4:45pm.  For additional information or images, please contact Chelsea Larson or Katherine Cissel at 212-535-8810 or by email at chelseal@hirschlandadler.com or katherinec@hirschlandadler.com.  Please visit our website, www.HirschlAndAdler.com, for an online preview of the exhibition. 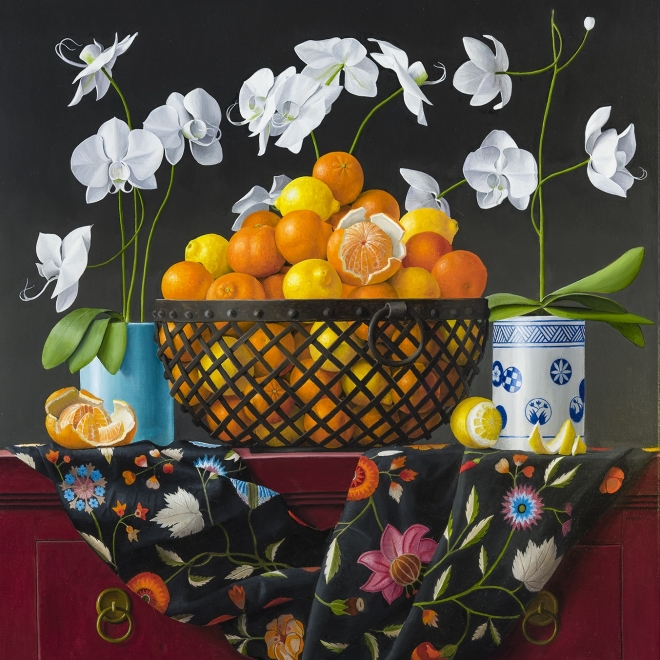 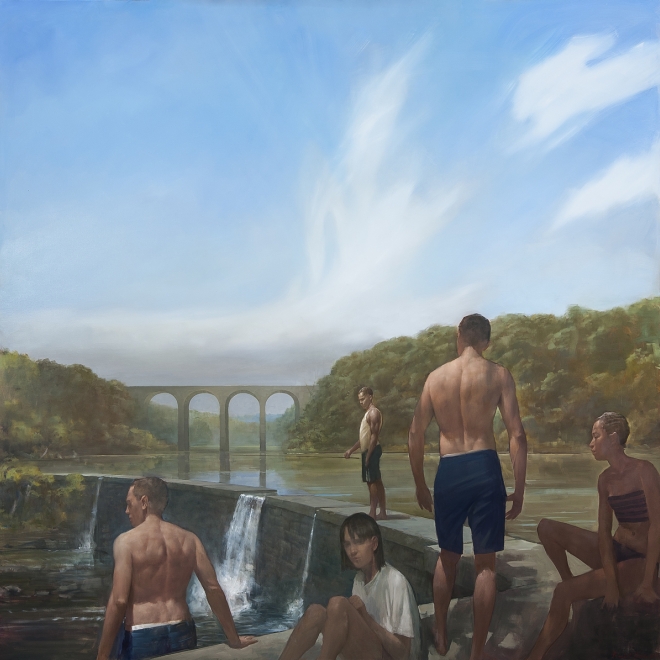 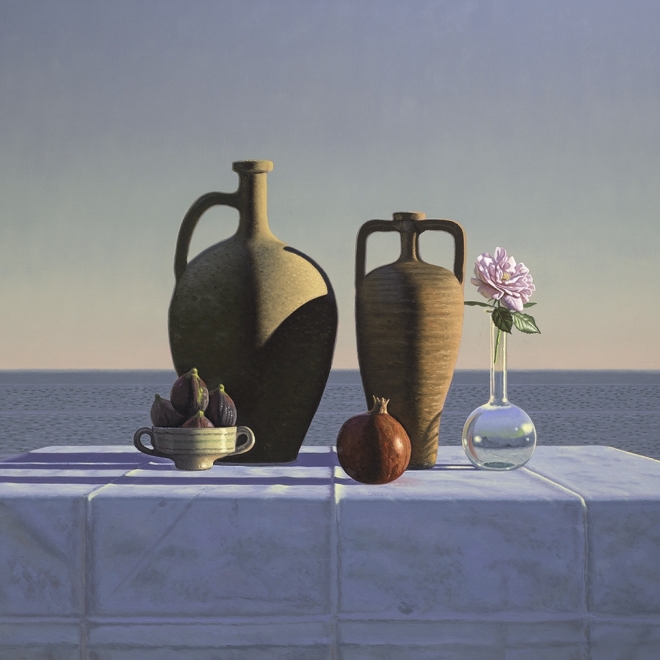 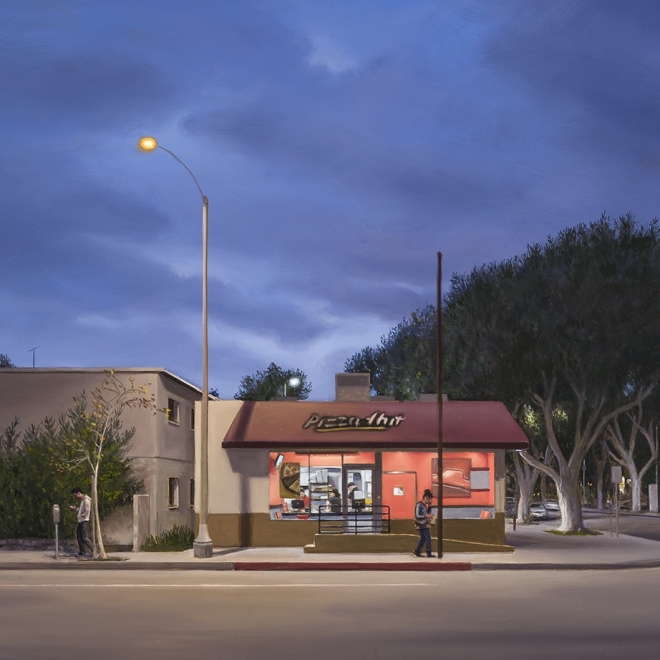 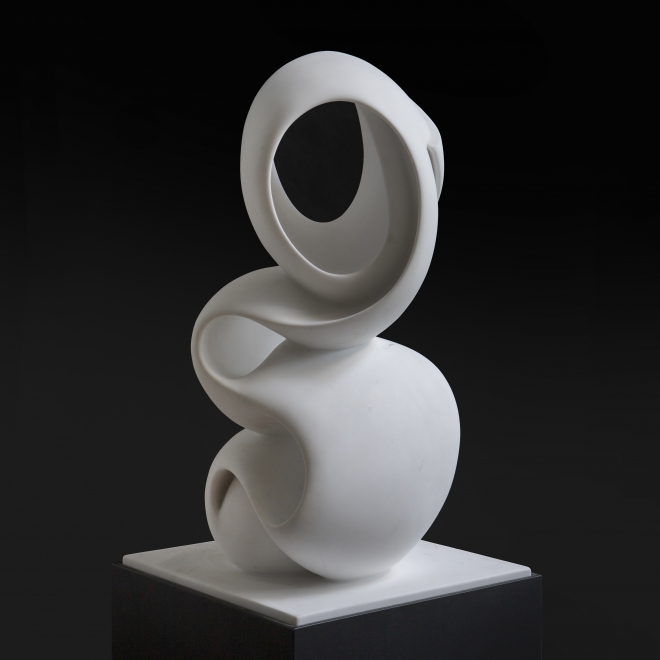